Chaos as Manhattan’s Bellevue Hospital is evacuated amid mass floods

The National Guard was called in to help evacuate hundreds of patients and staff from New York’s Bellevue Hospital on Wednesday as the flooded medical center in Manhattan struggled to operate while the power outage continued.

The public hospital lost power when Hurricane Sandy hit on Monday and electricity was spotty as the facility relied on generators, with members of the Army National Guard hiking up to the hospital’s roof with fuel throughout the week to power the generators.

A chaotic rescue scene unfolded on Wednesday, as the medical staff carried infants down the stairs and soldiers took patients out on gurneys while the strong odor of fuel filled the air and emergency lights provided intermittent lighting to the rescue crews, according to local media reports.

Chaotic: Hundreds of patients and staff were evacuated from Bellevue Hospital as the facility struggled to operate during the power blackout that continued to plague New York City 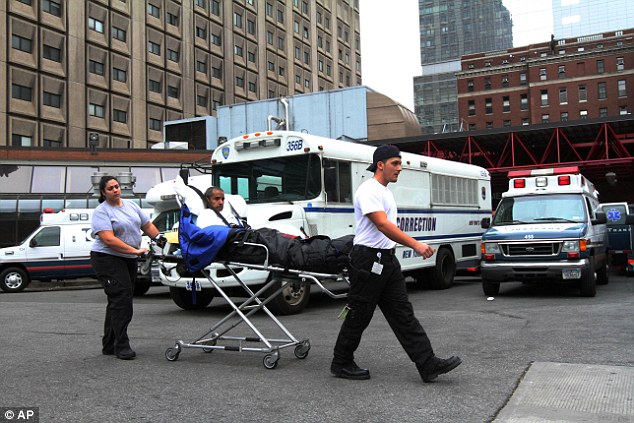 ‘It’s Katrina-esque in there,’ a Bellevue nurse told ABC News about the conditions.

One hundred and fifty members of the National Guard assisted in Wednesday’s rescue effort to move the most critical patients to nearby medical centers, according to New York Governor Andrew Cuomo.

Millions of gallons of water had flooded into the basement of the hospital, located near the East River on 1st Avenue and 27th Street. 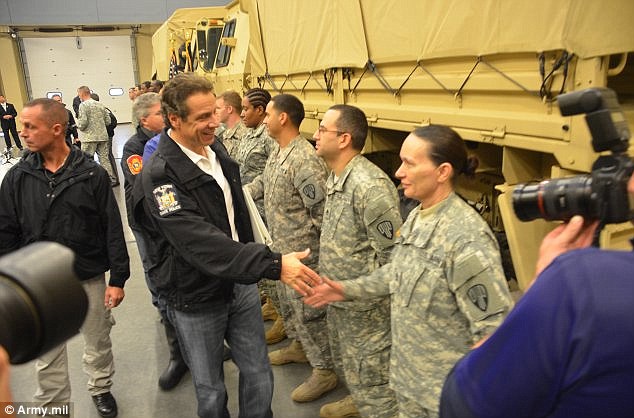 Always Ready, Always There: The National Guard was on hand to carry patients out of the flooded medical center in lower Manhattan

Bellevue is the second Manhattan hospital forced to evacuate patients in the aftermath of the superstorm. NYU’s Langone Medical Center had to move patients because the hospital’s backup generators failed to kick in when the building lost electricity as the storm pounded the East Coast on Monday night.

Since the beginning of the COVID-19 pandemic, there’s been a significant uptick in violence against Asians and Asian Americans. The organization Stop AAPI Hate collected

The Motion Picture Sound Editors  are out with the nominees for its 68th annual Golden Reel Awards, which recognize sound artists in 22 categories spanning